The THE BAND Band 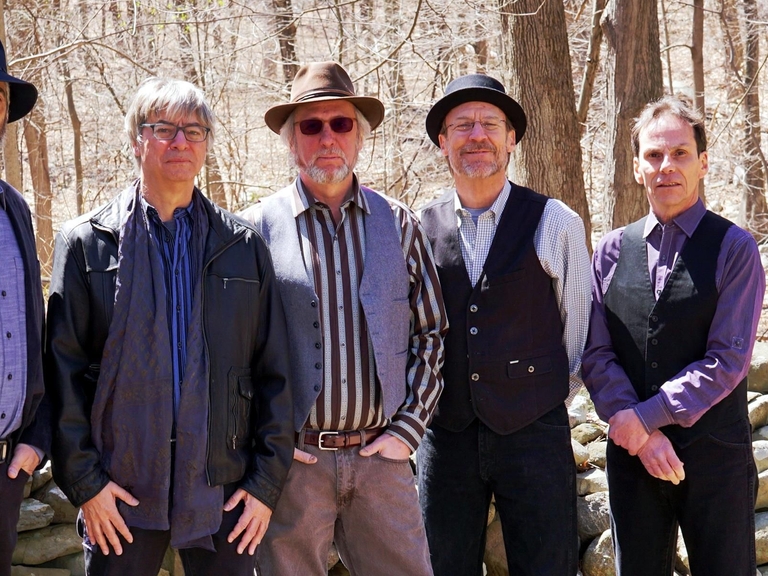 The acclaimed group The THE BAND Band is the most musically satisfying tribute to The Band on the scene today.  While The Band may be long gone from the stage, The THE BAND Band is keeping their sound and spirit alive and well with authentic, true-to-form renditions of their legendary repertoire. This group of veteran musicians showcases the astounding breadth and depth of The Band’s distinctively original Americana music with the classics as well as deeper cuts from The Band’s vast catalog.  The THE BAND Band brings the songs to life with the energy and excitement of The Band’s legendary concerts, earning the praise of audiences and critics alike.

The flame still burns. The THE BAND Band is keeping the sound and spirit of The Band alive and well. Gary Solomon, co-founder of The THE BAND Band, was a 19 year old kid from New York when he found himself in the audience at The Last Waltz at San Francisco’s Winterland Arena on Thanksgiving Day in 1976. "I was in the right place at the right time," Solomon says. “I knew then that The Last Waltz would prove to be a concert for the ages. Immediately after the show, I wrote in a letter to my friends back home that ’I have just come from the most incredible musical happening I have ever experienced, or probably ever will.’ I was so blown away by the experience of being at The Last Waltz, I wanted to tell the whole world about it. I guess I still do." Now nearly 60, Solomon has been leading the tribute band he co-founded with lifelong friend Jack Kraft, gaining critical acclaim since they started touring in 2007. “It began as a labor of love, but after a few local gigs, it started taking on a life of its own. Soon we had an agent, and we were taking it on the road. Now it’s been 10 years, and people have taken notice. Our fans are as passionate about The Band as we are, and our shows feed off that common love for this great music.” The five members of The THE BAND Band – Jack Kraft, Gary Solomon, Vinny Nicosia, Josh Radin, and Loren Korevec – are all singers and multi-instrumentalists, providing the skill and flexibility required to cover the myriad sounds that can be heard on any given Band recording. “We don’t play our versions of The Band’s songs, we play their versions,” Solomon offers. “We want to preserve the authenticity of their sound, their arrangements, and most importantly, the spirit of their live shows. We use the same instrumentation they used – not just guitar, bass, drums, and keyboards, but accordion, mandolin, fiddle, and a horn section whenever possible. Musically, it’s both challenging and gratifying to us, and the response of our audiences has been better than we could have dreamed.” The THE BAND Band brings the music of The Band to life with authentic, true-to-form renditions of The Band’s legendary catalog. Drawing their repertoire largely from The Band's seminal period – from Big Pink to The Last Waltz - they showcase the astounding breadth and depth of The Band’s distinctively original Americana music, mixing well-known hits like "The Weight," "Up On Cripple Creek,” and "The Night They Drove Old Dixie Down" with deep cuts like "Life Is A Carnival" and "Chest Fever," and obscure gems like "Jawbone" and "Rocking Chair,” reproduced with the subtlety and nuance of the original recordings, and delivered with the passion and commitment for which The Band was renowned. They also feature special performances, including “album shows” (Music From Big Pink, The Band, Stage Fright, Basement Tapes); recreations of historic concerts such as Woodstock, Watkins Glen Summer Jam, and The Last Waltz (with guest artists to cover the songs of Neil Young, Dr. John, Ronnie Hawkins, Eric Clapton, and Paul Butterfield); and their increasingly popular tribute to The Band’s mentor and long-time collaborator, Bob Dylan. Bob Dylan and The Band will forever be remembered as one of the most creative and influential musical partnerships in rock and roll history, from Dylan’s first world tour after “going electric” in 1965 to his roof-raising performance at The Last Waltz, The Band’s farewell concert in 1976. The THE BAND Band honors this historic relationship by performing Dylan classics from the 60’s and 70’s, as well as selections from The Basement Tapes, the ground-breaking collaboration between Dylan & The Band in 1967. While The Band may be long gone from the stage, The THE BAND Band delivers with the energy and excitement of The Band’s legendary concerts, earning the praise of audiences and critics alike: "The THE BAND Band really nails it. Their shows recapture the incredible vibe that was unique to The Band." - George Walsh, WCWP Radio, Long Island NY "Sadly we'll never see or hear The Band perform live again, but if you want a close second and want to be transformed by the magic and spirit of their music, The THE BAND Band delivers BIG TIME!" - Rex Fowler, renowned folk-rock duo Aztec Two-Step The THE BAND Band has shared the stage with Richie Havens, New Riders of the Purple Sage, Aztec Two-Step, Marshall Crenshaw and others. Individual band members have performed or toured with original Band members Rick Danko and Levon Helm, as well as Bruce Springsteen, Chuck Berry, John Hall, Steve Forbert, Roy Rogers, Robbie Dupree, Max Weinberg, Maria Muldaur, Genya Ravan, Jimmy Vivino, The Tokens, and others.