A double bill featuring two amazing tribute bands! Tusk is the top Fleetwood Mac tribute band in the world. No wigs, no backing tracks, no gimmicks — just five musicians recreating the music of Fleetwood Mac to perfection. Eaglemania thrills audiences with their uncanny ability to emulate the unmistakable sound of The Eagles. Enjoy Eagles greatest hits and some of the solo work of its members. 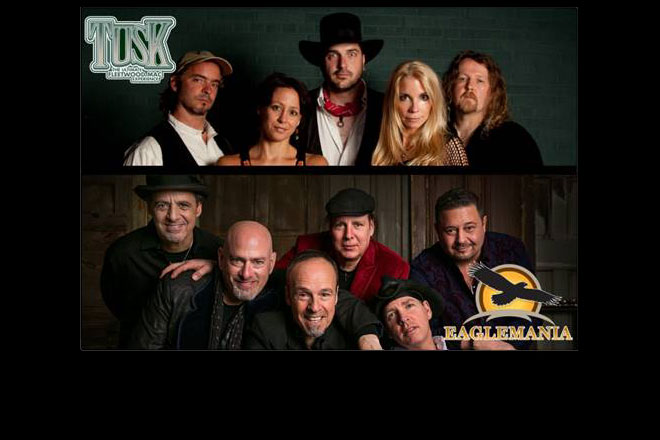